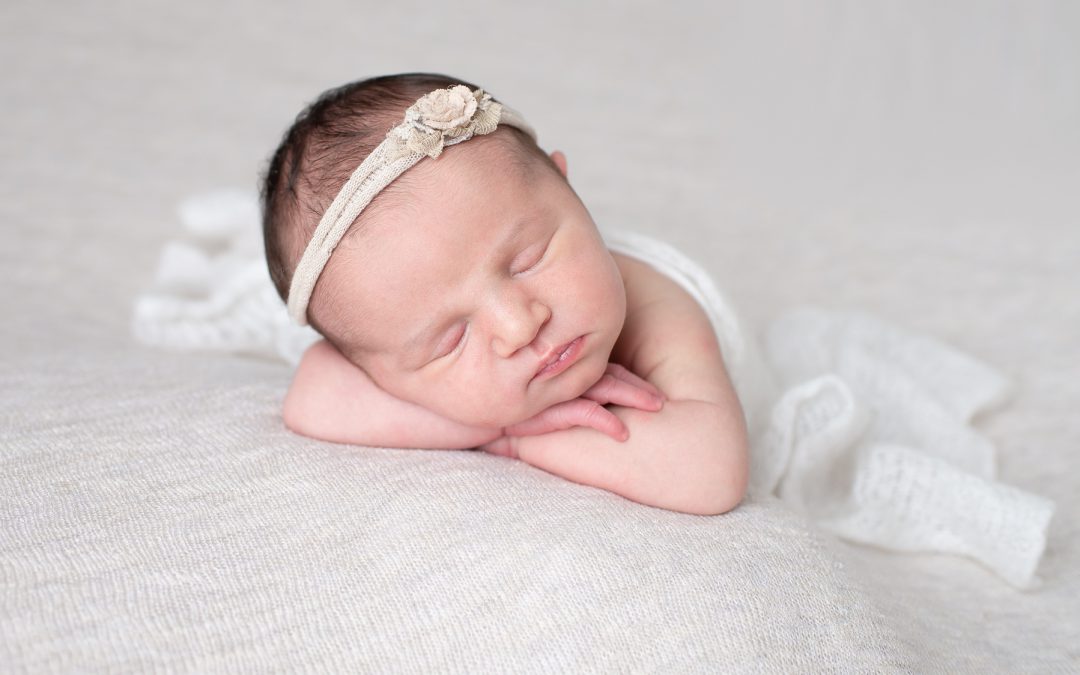 “My pregnancy with Norah was a little tougher than with her older brother, Alex. At one of my early appointments, the doctor saw that I had placenta previa, so I was ordered to limit my physical activity and avoid picking up anything heavier than 8 pounds.  Well, with a toddler who weighed 20-something pounds, this was next to impossible! I felt double the mom worry – not being able to play with Alex in the way I wanted made me feel guilty, but also I wanted to be very careful to take care of Norah the best I could while she was growing inside me. Thankfully, I have the best husband ever, and he completely shifted his work schedule to always be the one to drop off and pick up Alex from school.  I changed diapers on the floor rather than up on the changing table, and I sat down and let Alex crawl into my lap so I could still hold him.  Not being able to work out was physically and mentally difficult, and I felt like it made the pregnancy harder on my body.  But knowing this would be my last pregnancy, I tried to enjoy the little things like feeling Norah’s kicks, hiccups and rolls.  One thing I’ll say about being pregnant while having a toddler at home…the whole thing went by pretty quickly!” 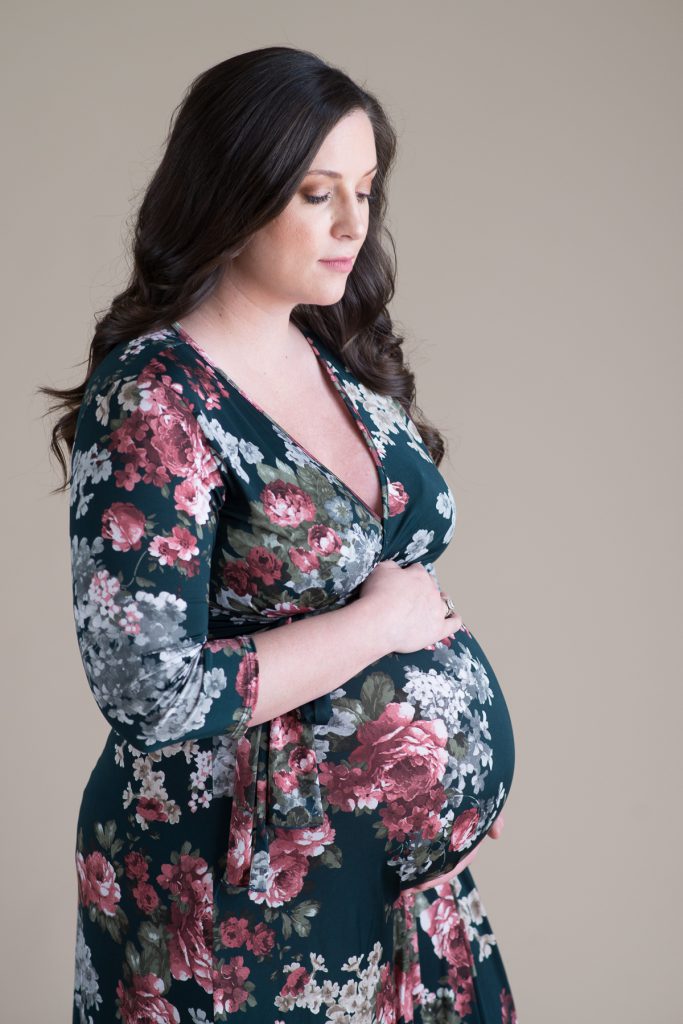 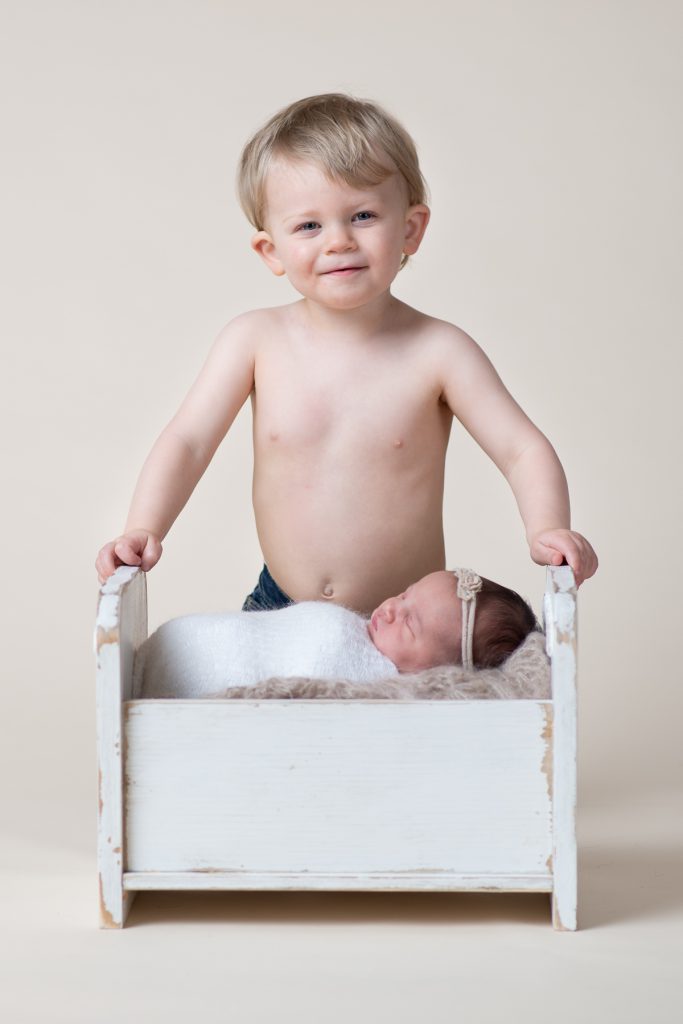 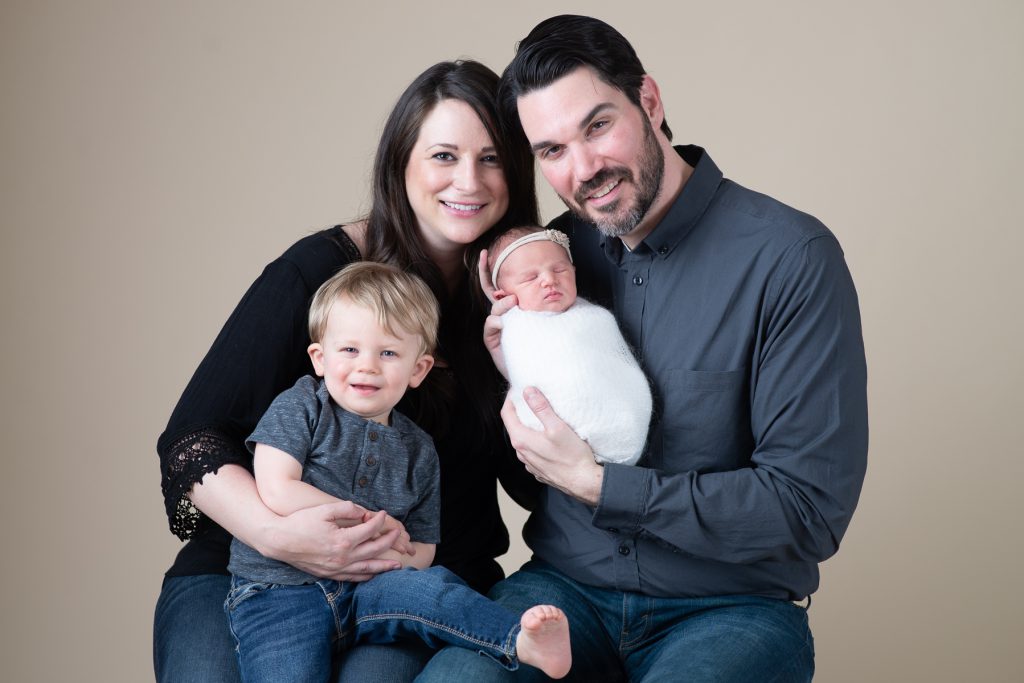 How did big brother find out and what was his reaction?

“Alex was barely a year old when I found out I was pregnant with Norah.  I wondered how much of the process he would be able to understand at such a young age, but as always, he surprised me!  I bought some books about waiting for baby and becoming a big brother, and he really became fascinated with them.  I also got him a baby doll to play with, and we practiced patting it gently and giving it kisses.  Alex always loved looking at and touching my belly.  He would say “baby” and lift up my shirt to give it a kiss.  Still, I didn’t know if he really understood what a baby was or that there was a real one in my belly.  One day, without any prompting, he grabbed the baby doll and came over to me, lifted up my shirt and shoved the doll under there.  I was amazed at how much he really seemed to understand!  I remember thinking…he really gets it!  And that was comforting to me, knowing he had some concept of what was about to happen in his world.  And he has continued to surprise and amaze me as a big brother.  He loves to check on Norah and give her kisses at night.  He softly touches her head and says, “gentle, gentle” which melts my heart and makes me so proud of him.  Don’t get me wrong, sometimes he gets jealous or tries to slap her…but I guess that’s what being a sibling is all about!” 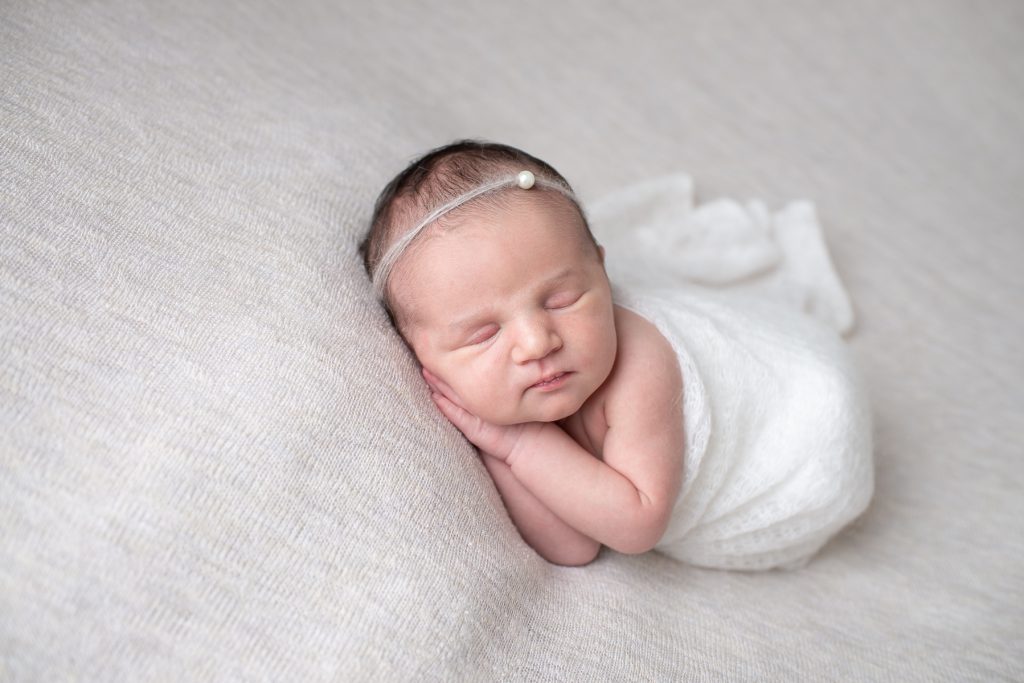 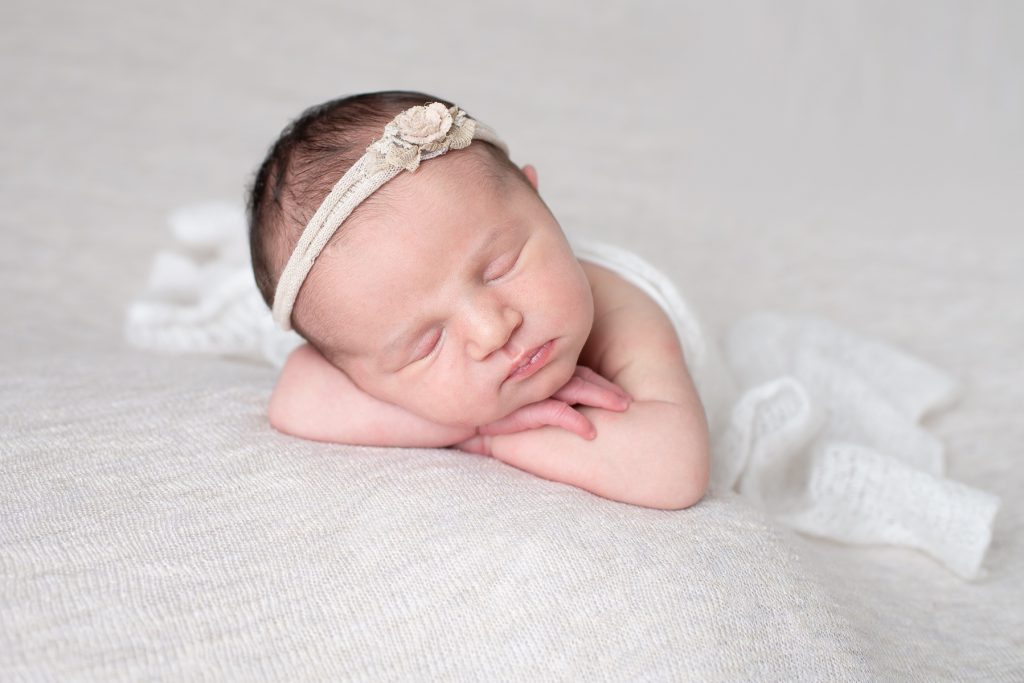 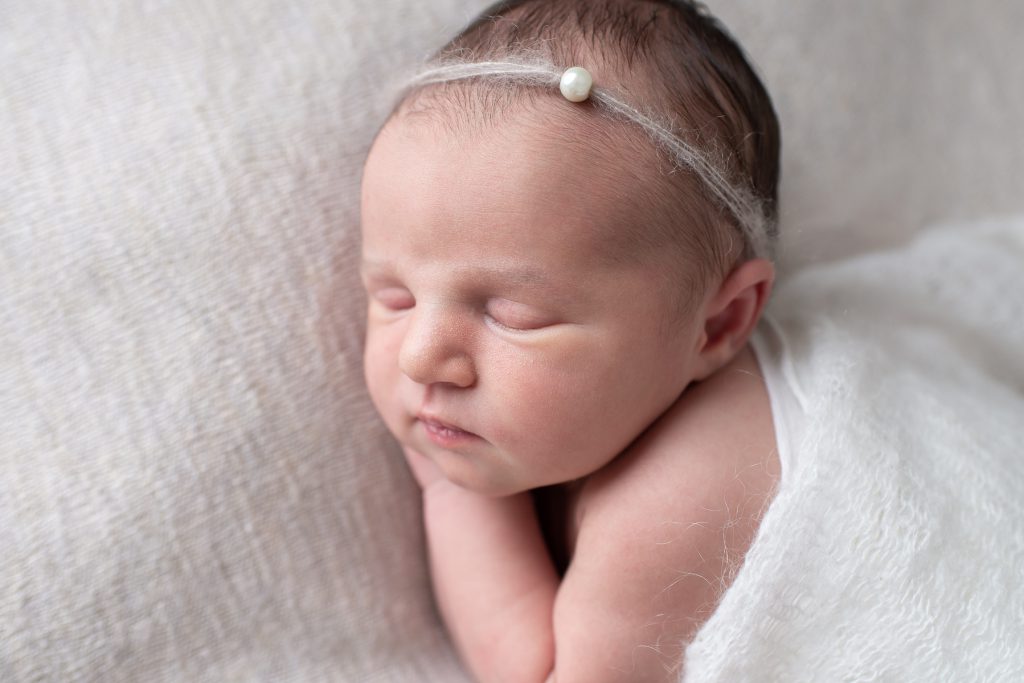 What have the first few days with the baby at home been like?

“As a second-time mom, the recurring theme of these first few weeks at home has been…why did I ever think having a newborn was hard??  The contrast between sleepy newborn Norah and busy toddler Alex is pretty stark, not to mention I am a much more relaxed mom this time around.  Since Alex goes to preschool during the day, I make sure to soak up the quality time with Norah so I can devote some good attention to him in the evenings. Norah is such a sweet, easy baby so far.  She rarely fusses, and she is much more of a cuddler than her brother ever was.  So I don’t even feel bad at all when we end up spending the whole day in pajamas, snuggling on the couch!  At times, having two under two is total chaos, as expected, and I know it’ll be even more so when I return to work.  But it’s also so sweet and fun, and I’m really loving it!” 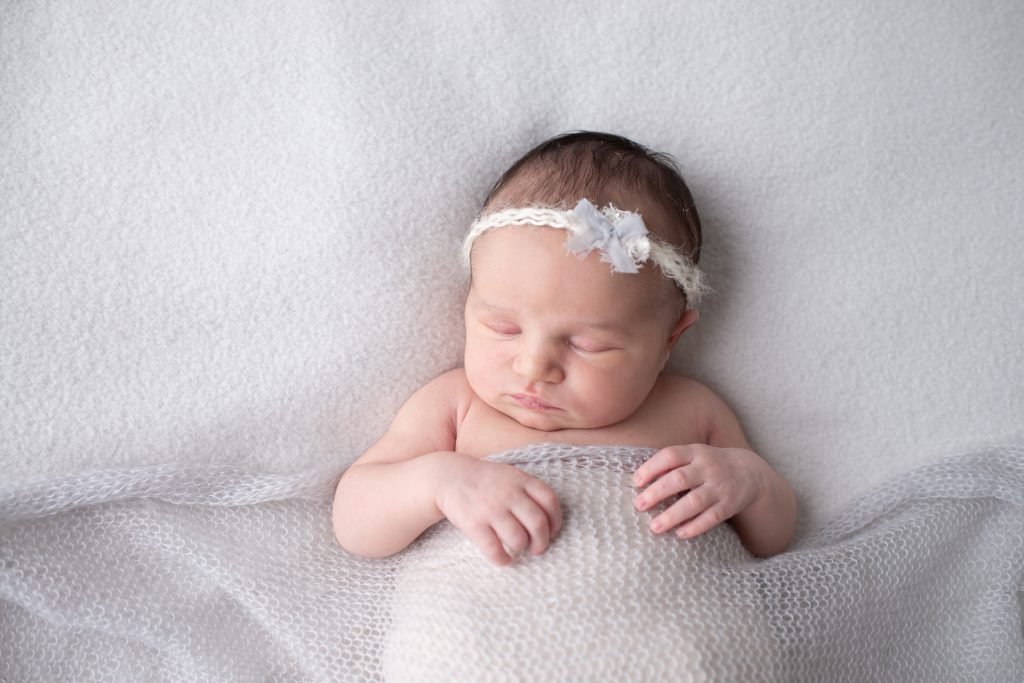 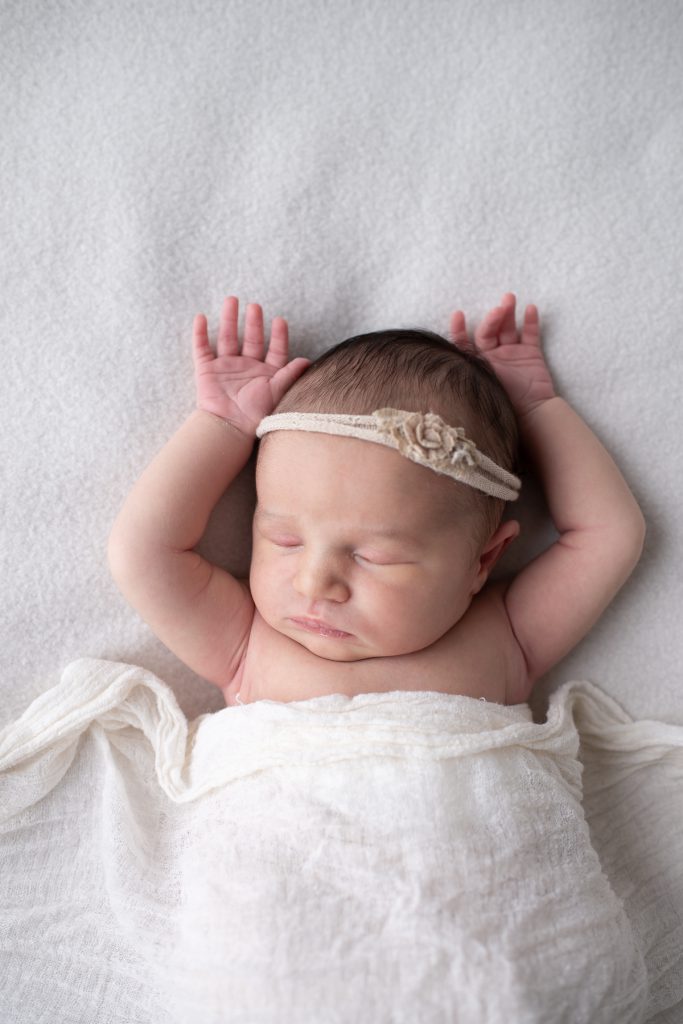