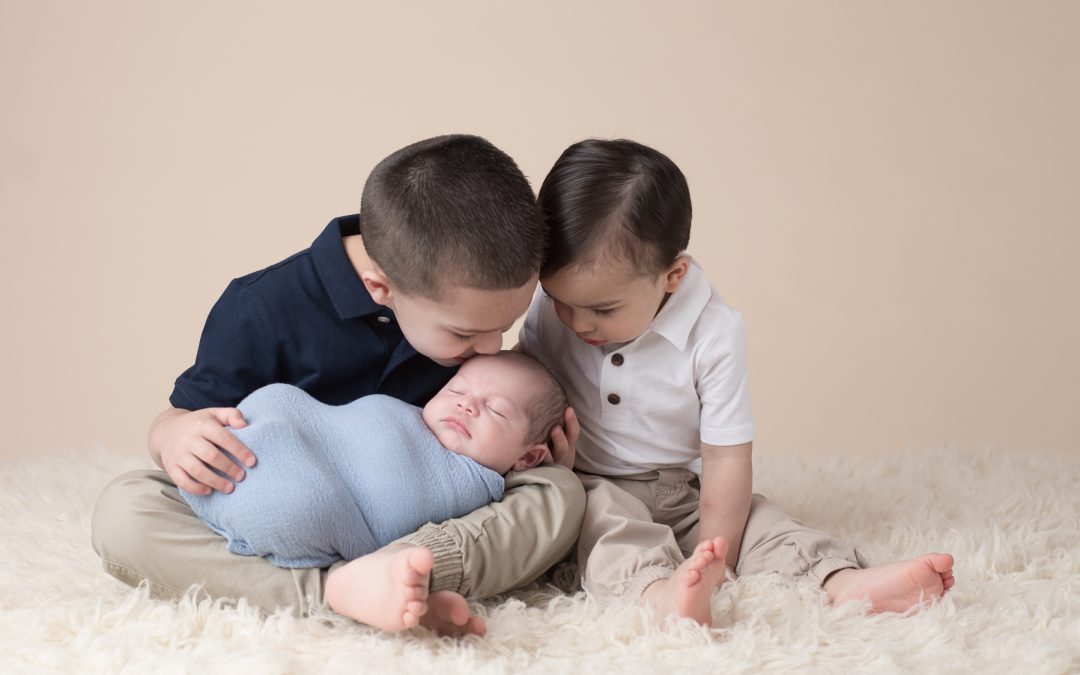 “Don’t fall under the pressure of how other moms seem to have it together, especially in social media. We all struggle, some just know how to hide it better. Take things one at a time, there’s always tomorrow.”

How did you decide on your baby’s name?

“Well, with my first I had a dream the first month of my pregnancy and it was about a toddler boy in full football gear so I wanted a sporty name.  In the dream we called him TJ so that became my starting point. I looked for names that started with T and a J middle name. So we picked Tyler and Jason because it’s my husband’s name. For our second we couldn’t agree on a name until about halfway through the pregnancy, we were watching wrestling on the tv and came upon a kid named Connor and it just clicked.  I also liked that both names, “Tyler and Connor” end with the letter R so then we wanted to keep the J middle name trend as well. Around the time I was doing some family tree research when I found that my husband’s maternal grandfather was named Joseph and his great grandfather was also named Joseph. They always talked great things about him and he was really special for my mother-in-law so I decided to honor him that way. He was named Connor Joseph. Now, for our newest baby boy we decided that his first name would have to end with an R and his middle name start with a J and honor someone special. I wanted a southern name so I suggested Sawyer, we liked it and it worked. We pondered for a middle name for a bit when I suggested we honor my father with his name, but in English his name is Juan and it just wouldn’t flow, so my third baby boy became Sawyer John.” 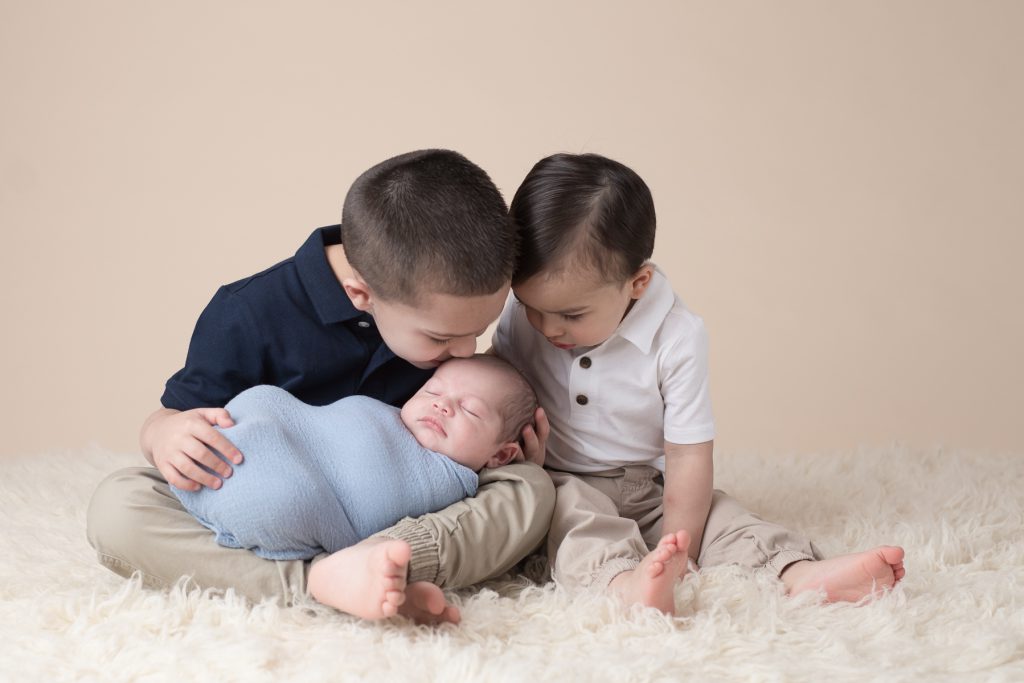 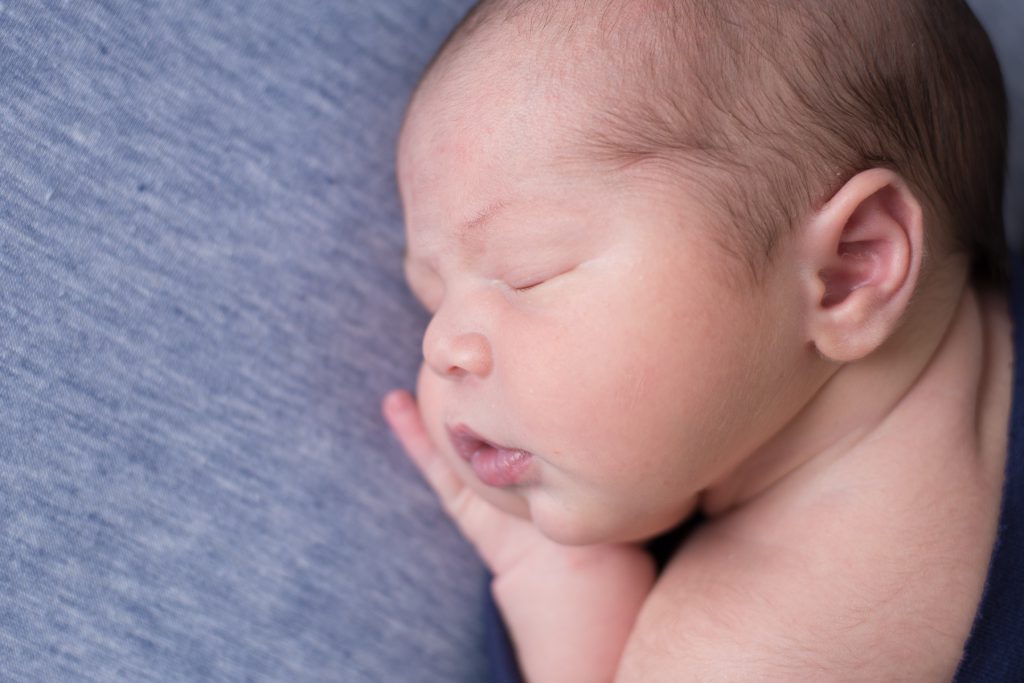 Did you find out if you were having a boy or a girl?  What were mom and dad’s reactions?

“We did! I’ve always wanted a baby girl but I guess God had other plans. It was always nerve racking waiting until the gender ultrasound, but this last time it was worse because my pregnancy was so different from my first two. With the first two boys the symptoms were the same but with this one it was completely opposite. I swore it was a girl but I was wrong. We were shocked, but he fits in just perfectly. Couldn’t be happier with all my little men.” 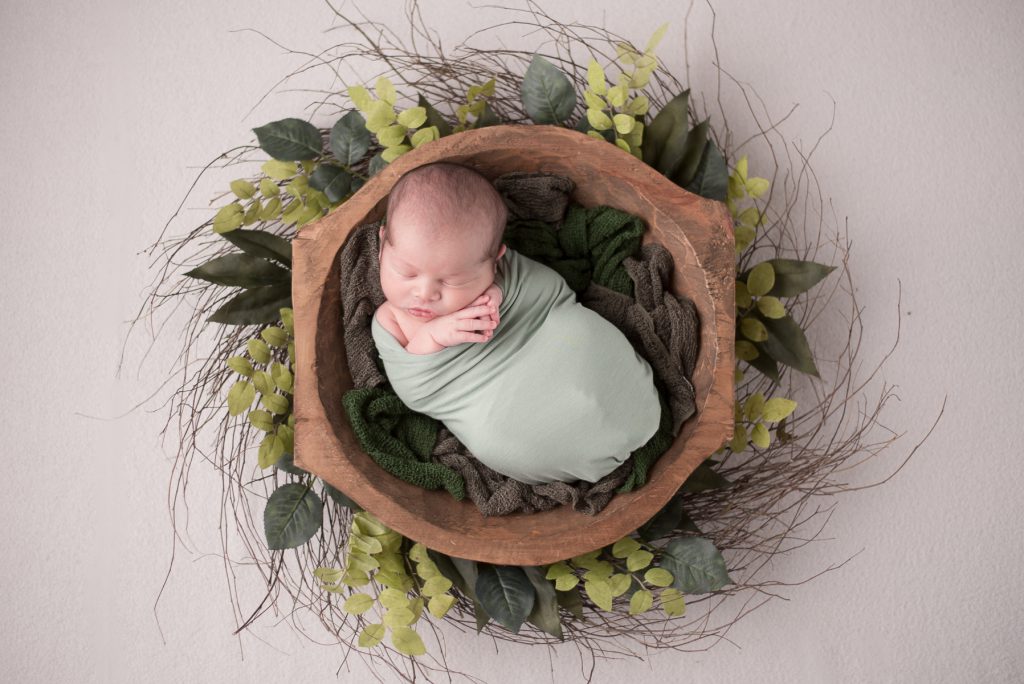 What is your favorite little detail about your baby?

“I love Sawyer’s little stork bite or strawberry mark on his forehead. It’s shaped like a heart and he was my February baby so it’s perfect. I also love that he has my dimples. And he’s also my “Mr. Blue”, because he has blue eyes.  My eldest has green eyes and my second has brown eyes so it’s kind of cool that their eyes are all different.”

Any advice for new moms out there?

“Don’t be so hard on yourself. You’re a great mom because you are already doing what’s best for you and your family. Don’t fall under the pressure of how other moms seem to have it together, especially in social media. We all struggle, some just know how to hide it better. Take things one at a time, there’s always tomorrow.” 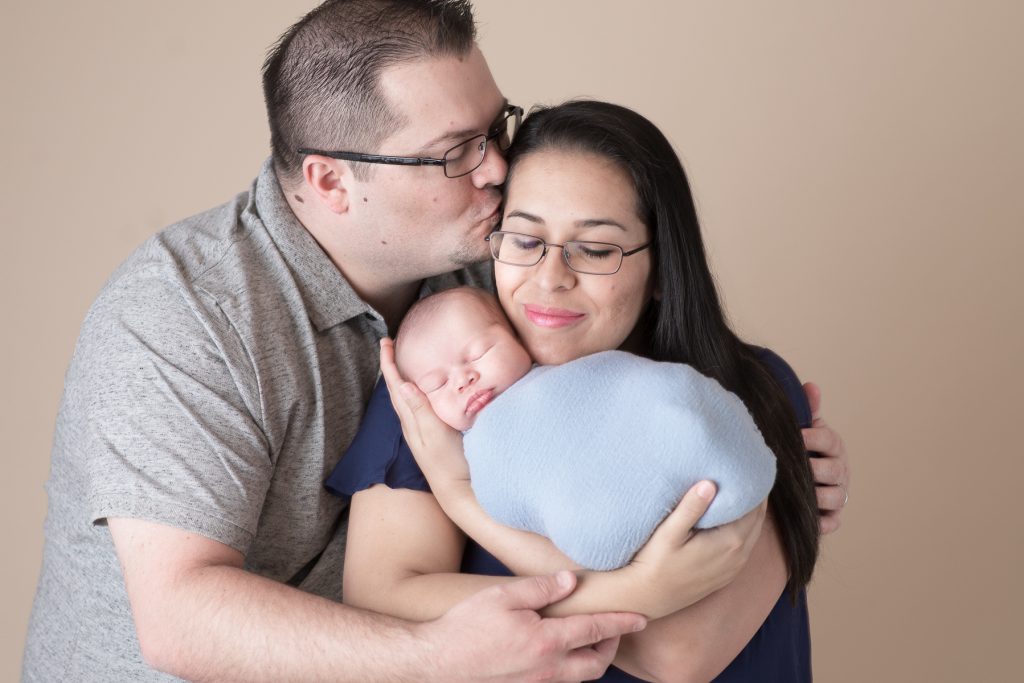 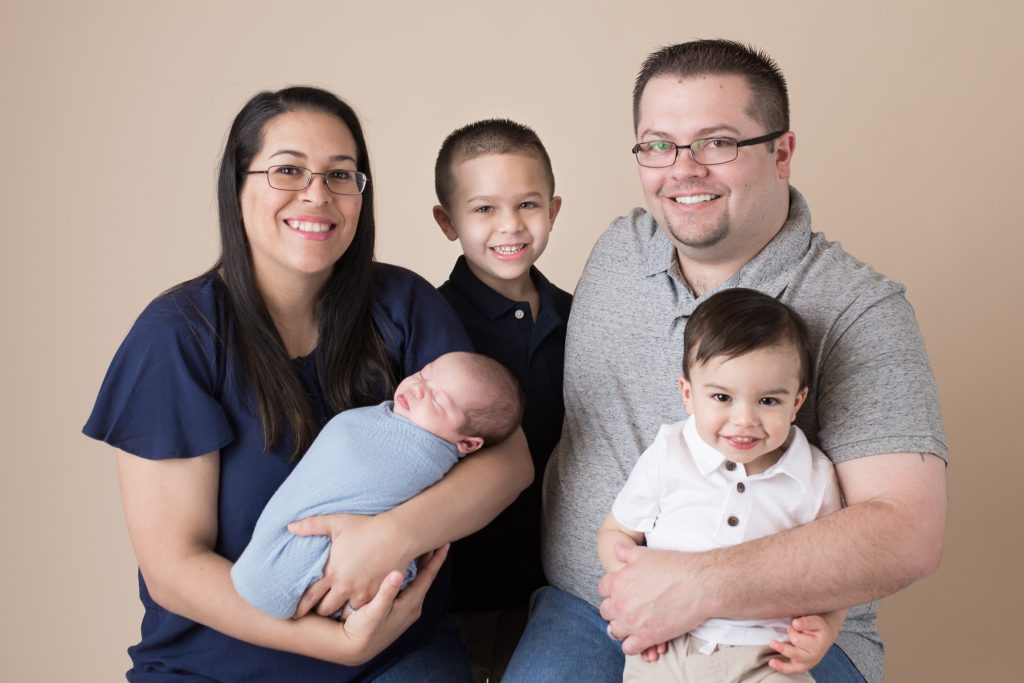